More often than not, someone you know has either directly or indirectly, been affected by the destructive disease that is known as Dementia. Dementia is caused by the loss of brain tissue which is caused by Alzheimer’s or a series of strokes, most commonly by Alzheimer’s. This is why we decided to host a cupcake day in order to raise some money for this awful disease.

There are many symptoms of the disease such as: memory loss, difficulties with thinking, problem-solving and language. All of which can cause a drastic change in mood or behaviour. I’m sure you can remember a time where you entered a room and forgot what it was you were searching for or messed up a sentence in front of a group of people and felt embarrassed and angry. But just imagine this multiplied and worse, without your control.

This is not just something that effects the elderly either, at this moment there are over 40,000 people under 65 in the UK who suffer with dementia. This is called early-onset dementia.

The majority of the causes of dementia cannot be cured, but research is continuing to develop drugs, vaccines and other medical treatments to prevent and slow the advancement of the disease. Therefore, we felt it was important to raise money for this worthy cause and join in with thousands of others, selling cupcakes on June 14th, 2018, an event created by The Alzheimer’s Society!

Here at Journey Recruitment we got our Mary Berry on and came together to sell cakes to local businesses across our business park. WOW we were we touched by the generosity! We set out with a goal of £200 and with the support of friends and family and the kind people we met on the day, we were able to raise a fantastic £470!

So, we want to thank all the people who helped us bake. Spread the word and raise money for such a worthy cause and hope that the money raised will help those in need. 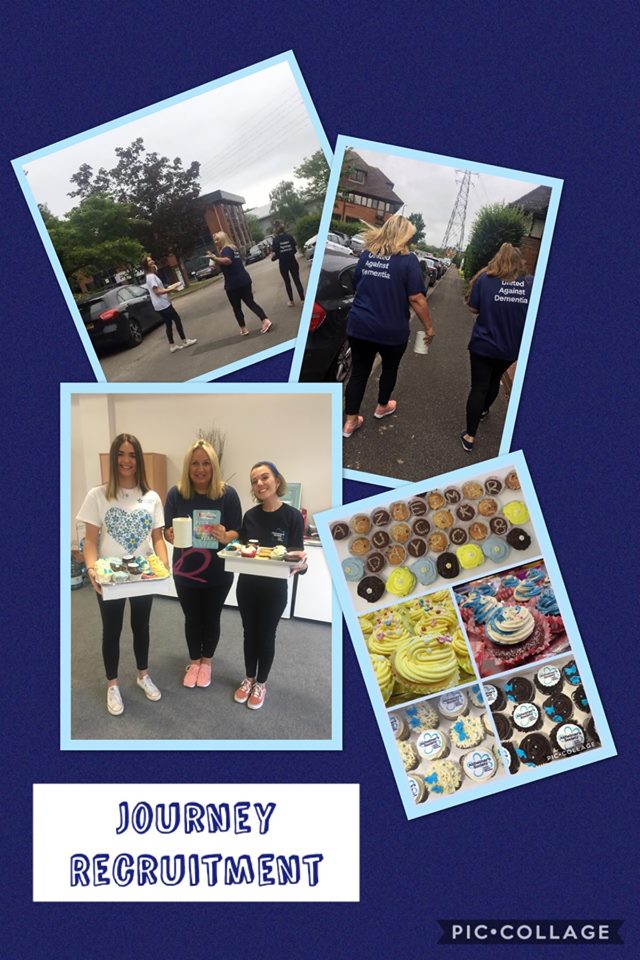 Journey Recruitment hopes you have a great day..