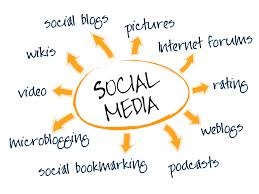 According to a report by the BBC, up to half of new recruits turn out to be a ‘poor fit’ within 18 months of joining a new company and up to two thirds of hiring managers admit in hindsight to having chosen the wrong candidate. Most stress that it is not a matter of the candidate not having the required skills but because their personalities clashed with the company’s culture. How to solve the problem? Well these days some employers are choosing to resort to ‘big data analytics’ to make the process of hiring and firing more effective. For job hunters this can mean success is now as much to do with your online data trail as your cv. While the internet has made it easier to match jobseekers with vacancies, some companies are trying to move beyond the automatic keyword matching common to most sites and are trying more sophisticated methods instead. They look at how people structure their sentences and use programs to analyse language patterns to reveal the candidate’s personality and attitude and then compare this against the cultural profile of a company.

Some are even developing games as a way of assessing the suitability of job candidates. While applicants play an online game designed to reveal their personality, emotional maturity and problem-solving skills, hundreds of pieces of information are being collected in the background and analysed by data scientists. Games can tell if you’re a risk taker or innovator for example and they appeal to youngsters’ gaming culture.

Data from tens of millions of job applicants is also helping employers predict which new candidates are likely to be best based on a comparison with the career paths, personalities and qualifications of previously successful employees. Companies can use this data to track how long candidates stay in a role before seeking new opportunities for example. Analysis of candidate profiles and job offers show which jobs particular candidates are most likely to click on and which they reject and this information can be used to help companies word their jobs adverts to encourage the right applicants.

A lot of the information gathered so far is also changing preconceptions about job applicants. For example, it has been found that long term unemployed people perform no worse than those who have had more regular work. Prior work experience and even education are not necessarily indicators of good performance in some roles. And for some reason, service industry workers who regularly use five social media platforms or more per week tend to be more productive but less loyal than their less digitally social colleagues.

We also need to remember our Twitter rants, Facebook and Linkedin profiles reveal as much if not more about us than a semi-fictionalised cv. You need to be conscious of your online reputation and of the data trail you are leaving behind. ‘It’s all about reputation and if people can’t manage their own reputations, how are they going to protect the reputations of their future employers?’ says Paul Finch of Konetic. It is also worth remembering that technology is only there to make the recruitment process simpler and more efficient. If you want a workplace with people from different backgrounds and experiences, then leaving the process to a computer algorithm will probably come up with the same type of person every time. Data science will never replace the face-to-face interview.