Python Developer Salary in the UK

The average salary received by a python developer in the United Kingdom is £57,000 per year. The salary for entry level developers starts at £35,000 per year going up to £84,000 per year for experienced developers in the field.

The Top-paying locations for python developers in the United Kingdom are Birmingham, Central London, South East London, Feltham and City of London.

The python developers are required to work in the design and development stages of the software creation process. During the designing of the software, design teams work with engineers to help create a basic program that functions and then the engineers plot out various aspects of automated tasks and illustrate the process.

A bachelor’s degree in computer engineering, computer science or a similar field is necessary to work as a software engineer specializing in python skills. It is helpful to have practical experience in coding and programming. Most Python developers work in a corporate setting or a computer lab.

Here are some skills required by Python Developers:

Python is an interpreted, high-level and general-purpose programming language. Python’s design philosophy emphasizes code readability with its notable use of significant whitespace.

Agile Software Development is a methodology and has very little to do with the language or software platform. It is more a set of principles around which software teams organize themselves.

JavaScript is a scripting language.

SQL is a standard query language for data retrieval.

Derivative method is used to create an unevaluated derivative of a SymPy expression.

Linux is a family of open-source Unix-like operating systems based on the Linux Kernel. It is an operating system that was released on September 17, 1991, by Linus Torvals. Linux is usually packaged in a Linux distribution. 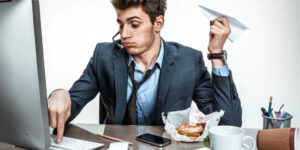 Journey Recruitment hopes you have a great day.